Wow - the last Monday in February - where did this month go??

One of my goals for the weekend had been to do housework. Yeh, I know, my least favorite chores too but it had to be done. At least I got to spend Saturday morning watching the big storm while working on hexies by the front windows. I didn't even realize until 2pm that I had not turned on a radio or CD or anything but had just been enjoying listening to the wind. 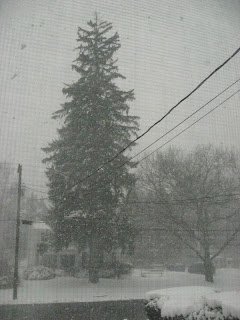 During some of the storm, I couldn't even see the houses across the street. Does that electric pole show you how tall (and old) these pines are? I sure would miss them if they had to come down - I just don't want them coming done on my house! 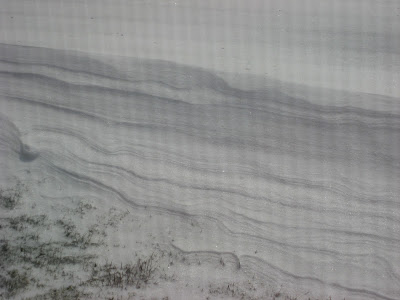 I love ever changing drift patterns... 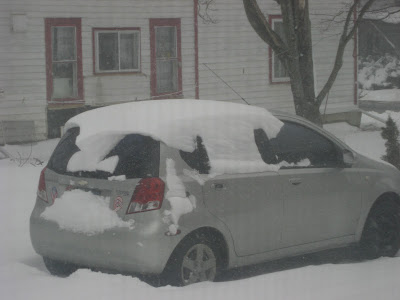 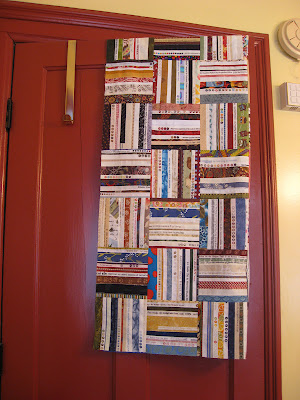 For most of the house, chores are dishes, vacuuming and changing out the sheets BUT in the quilt room, it means cleaning off surface clutter from various projects. One of the first projects I wanted off the surfaces was my selvage quilt. It's not that I'm tired of the project (on the contrary....I decided to make it bigger!!) I just need all this stuff put away for a party at my house in a couple weeks. I zipped together another 24 blocks Friday night from the parts that I had already trimmed to size and, after doodling in EQ on how I wanted to change the project, added them to the blocks I did last weekend. I hung the project over the door (and I'll leave it there for the party) so that none of the seams  will need ironing *again.* Pinwheeling the intersections on this style quilt works great until you have to re-press it each time it's been folded up. One bin emptied!


Another part of this selvage project is going thru my scrap bin to find some chunks large enough to use for one end of each selvage block. I was ironing the scrap, cutting off the chunk I needed and then throwing the ironed chunk into a laundry basket where it got wrinkled again. Duh! I re-ironed the whole stack and layed them out on my cutting table to I can take a few mins here and there all week to trim them into my scrap bins. Another bin emptied! 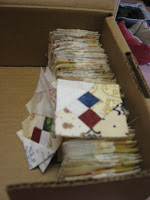 Then I ran across 30-some blocks that need trimming for my Omigosh quilt. These tiny suckers have been sitting out for eons waiting for a couple minutes (ok, maybe an hour) to be trimmed down to 2" squares. Easy peasy with a good book to listen to. I now have 101 of these suckers done! Another bin emptied!
You can barely make out one of the quality control officers in the background :) 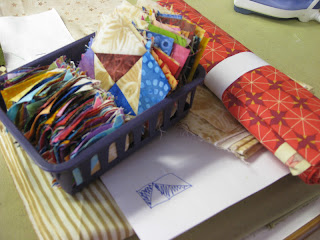 Sunday was mostly the un-fun chores and a lot of interruptions. By 9pm I wanted some simple piecing to work on - nothing that would require brain power. Since I was sitting by the laptop I noticed a bin of half square tri's leftover from making this quilt on my left. On my right were some printouts of recent Bonnie quilts that I wanted to tackle "someday" and the one on top needed half square triangles. I doodled again in EQ to come up with a layout that would work with the HST's I already had but forgot to give the file a name before closing the software. ARGH! My second doodle is not half as accurate as the first! I'll show you more on this project later this week so here is only a peak. Another bin that will be emptied this week! Wonder if I can make a similar quilt or table runner with the leftover red HSTs that are in another bin?!
Blogged by Sarah at 2:29 PM

Love the photos of the storm. What a productive woman you have been. Makes me tired just reading about it--think I'll go have a nap!

The snowy photo's are great.
You have had a busy weekend.

Wow -- you were busy, busy! Which is even better when it's productive busy, you know what I mean?! :) Your snow looks so beautiful -- I can't believe we've been enjoying temps in the 70's and gorgeous, sunshiney weather! I love the pic of the snow drifting--it looks like desert sands! :)